Whether you’re a gambling pro or a total gaming novice, there’s no doubt you’ve heard of the many superstitions and myths that come with gambling, both online and offline; after all, it is all about the luck - Isn’t it? While most of us play our favorite online casino games as a choice of entertainment and to, hopefully, win some extra cash, there are a whole ton of different beliefs and literal rumours about gambling, some very interesting ones, at that! In an effort to bring more fun and entertainment to you, our loyal and appreciated player, we’re bringing something new to the “Poker table” and uncovering some of the most fascinating and interesting gambling myths we could find. We decided to get to the bottom of these superstitions and myths, finding out the truth! Sit back, relax and enjoy some quality reading - Getting you worked up for the real entertainment: Playing! 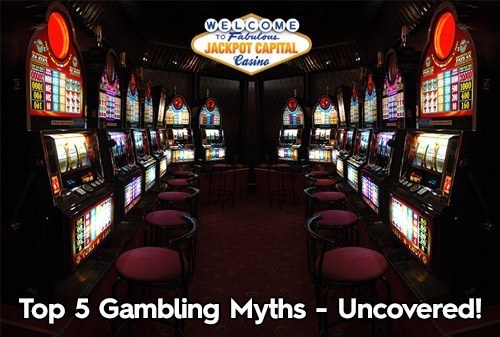 1. Doubling your Bets after a Loss = a Big Win

Let’s start with possibly the biggest myth out there - That doubling your bet after a loss can bring you good luck, giving you, potentially, a big win on the next round! While this can relate to basically any online casino game, it stems from the well-known Martingale system, or betting strategy, from the early 1800’s in France; the origin being of a simple ‘Heads or Tails’ game, with the flip of a coin. In modern times, the idea is simple. Bet $10, win $10, bet again and have a loss? Then bet $20, continuing to double until you make a win. Is there truth to the biggest betting myth? There’s simply no answer to that! The game is all about luck, no matter which game you choose, and depending on your budget, you should act accordingly and logically, maintaining the awareness that you may lose. But hey, if you’re feeling lucky and can spare some change, the probability could be in your favor - But that’s yours to decide!

This is definitely an interesting one. Before Nixon ran for president in 1946, he worked as a sailor in World War 2, where he was quite the Poker player amongst his crew members. One can imagine that some kind of entertainment would be necessary while at sea day and night, so it isn’t unrealistic to think you could become quite the pro by playing this way! When his duty was over as a sailor on the ship, Nixon had built up quite the piggy bank to then fund his new career as the future president of the USA, which is exactly what he did! As we all know the outcome of that (he won!), by 1952 he gave up his life as a Poker pro for the simple reason that it didn’t reflect well of his career, so this myth is 100% true! I guess you could say, once a winner, always a winner!

3. Keeping Track of Results Boosts the Chance to Win

This is yet another huge myth and superstition that has been around for a century, at least, one of which many players still use today. Keeping track of the results in a table game, especially, is something very common in, for example with Blackjack. Some players have the idea that if they memorize the numbers, they can influence their own outcome of the game, which is simple very unlikely, as it is almost humanly impossible to remember such an amount of numbers. That said, there are surely some mathematicians out there who could possibly pull it off, but this is certainly not a good superstition to follow in your gameplay, because chances are, it won’t work. When it comes to playing the many online slot games, there’s really no possible way to influence the outcome based on the previous gameplay, as all casino games are predicted by one factor: Chance! Better stick with the lucky socks or four leaf clover next time! 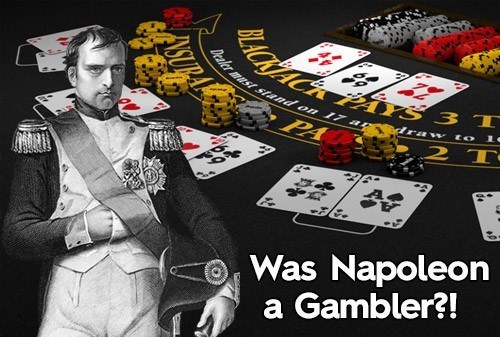 4. Napoleon was a Gambler

The very well-known and prominent emperor who led many revolutionary causes during the French Revolution, Napoleon, was rumoured to be a ‘diehard’ gambler back in his days. We’re talking about the late 1700’s, early 1800’s, which is quite the walk down memory lane! While he lived to serve his empire, though only for a short time, he also enjoyed playing Blackjack, or what was then known as ‘Vingt-et-un’, French for the literal term ‘twenty-one’. Of course, this was the French version of what we now call ‘Blackjack’, and in those days, the term ‘Blackjack’ was not even invented yet. If you thought political figures, past and present, didn’t have a love for fun, we’ll now try to convince that they are, in fact, just people too - This myth is 100% true! Imagine if Nixon and Napoleon could have met for a match - What a show!

5. Vegas is the Gambling Capital of the World

Of course, being that Jackpot Capital is the tried and true ‘Virtual Vegas’, we had to dig up a gambling myth about the best place on the planet - Las Vegas! Is Las Vegas the gambling capital of the globe? Well, yes and no! It is by far the most well-known location in the world to go when you want to have the time of your life, playing your favorite games, taking in the extravagant atmosphere, and all of the other benefits that come along with a trip to Vegas. With more than 140 casinos, Las Vegas, alone, houses 15% of all casino in the USA, with a rumoured amount of 5 billion in revenue every year. On the other hand, it is said that Macau takes in double the revenue of Las Vegas, but ultimately, we stand 100% behind the fact that Las Vegas is most definitely the world’s Gambling Capital!

We all have our own good luck charms when it comes to playing to win, but you always must keep in mind, it’s all about chance, and aside from the added good luck vibe, you can’t predict the game! We’ve always got some of our own ‘good luck charms’ here at Jackpot Capital, and we call those casino bonuses - So go on over and pick one up for yourself, and who knows, maybe you’ll get lucky!