Who would have thought?! 5 Celeb’s who Love to Play!

The world of celebrities is a concept hard to grasp when you’re just a regular, everyday person, and in the moment when we can see similarities in the celebrities we see on TV and in the media with ourselves, we snap back to the realization that “Yes, this person is just a regular person, like myself, but with a LOT for cash to spend!”; these are simply facts! While you may find it’s farfetched to ever compare yourself with a celebrity, we’ve found a common denominator that may surprise you: Celebrities also find joy in playing the many casino games, a lot! 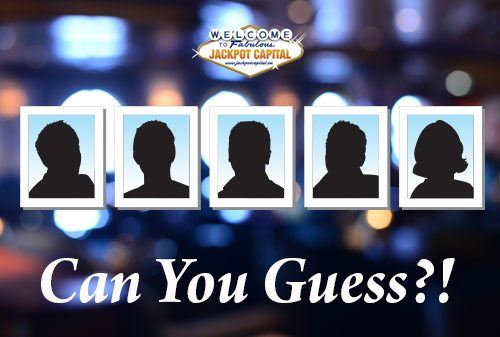 The Canadian-born Pamela Anderson has stunned the crowd ever since she was first ‘scouted’ out as a model during an innocent baseball game, many years ago. First there was Baywatch, then quite a few marriages, rigorous activity as an animal activist with PETA, more marriages and… a $2.8 million win on Poker?! Yep! This blonde bombshell who graced the late night dreams of many is actually a pretty smart cookie, accent on the ‘pretty’! Pamela loves Poker and has very publicly announced so, among other thrilling casino entertainment, explaining how she managed to trump an almost $3 million win during the WSOP. Not bad, eh? Canadian jokes aside, use Mrs. Anderson as further inspiration during your next game session with us, playing the likes of Caribbean Stud Poker!

Everybody Loves Raymond! We’ve all surely seen the hit sitcom, Everybody Loves Raymond, starring Ray Romano, and chances are, you loved him, right?! Whether you found his robust and typical overworked Dad character loveable or not, when it comes to the Poker tables, they seem to really take a liking to him, as he has played in many Poker tournaments anonymously (I guess there’s such a thing as too much love!). To add to the family vibe, did you know Ray’s on-screen Brother, Brad Garrett, is also a Poker fan? Guess it runs in the family! Take a break from family life and give a few rounds on Pai Gow Poker a try!

Actor and producer James Woods may have played a role in the American film classic, Casino, but what many people don’t know, is that this role is very much influenced by his own joys for entertainment! Yep, you guessed it right, James Woods has also been one of the many stars to own the Poker table, many thanks to his childhood, where his family was very much involved in those weekly trips to the bookie! Woods is known for his highly publicized games against celeb opponent, Ben Affleck, and continues to play in his (limited) free time. Take a hint from a golden age celeb, try a few rounds on Let ‘Em Ride! 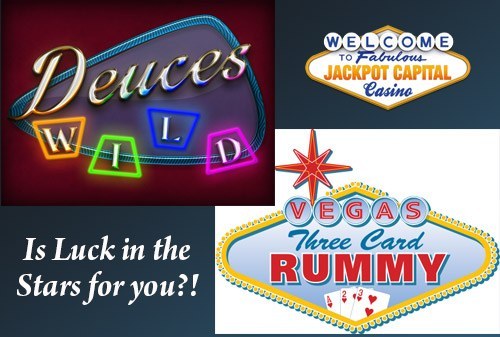 We all know Maguire for his star role in Spiderman, and while he surely fooled us into believing he was just the regular guy, Peter Parker, he has proved he can also fool his opponents whilst a few rounds on Poker, or any other thrilling table game, for that matter! Where did he get his skills? Word on the street is, he’s had many useful training tips from his many professional Poker playing friends, which may give a good excuse for the mass amounts of wins he’s made! To date, Tobey has made a whopping $10 million total win throughout his part-time gig at the Poker table, so the dream is not so unrealistic! Shape up on your skills, like Tobey, and take a shot at the challenging Tri Card Poker!

We all remember the teenage classic, American Pie, right? How could we forget! The film that most definitely influenced the college-attending youth of the 2000’s was a hard one to ignore, whether it be the pie or the many “hot to trot” college girls, like our next casino-loving celeb, Shannon Elizabeth! Most will recognize her face from the college-inspired film, however few people are aware of the fact that Shannon is quite the poker player! She has competed, like her fellow celeb’s, in WSOP, while also known for playing many thrilling tournaments at the well-known Caesar’s Palace! Who would have thought?!

A golden note to point out here, is even though celebs have lots of cash, they still enjoy playing casino games, as there is a greater cash potential and let’s not forget, it’s fun and provides a heck of a ride! Perhaps in the near future you’ll find yourself next to a casino-loving celeb, or better yet, perhaps you’re playing with them, right here at Jackpot Capital! You just never know! Take advantage of our $1000 Welcome Bonus (If you haven’t already!) and give it a shot! Who knows? Maybe you’re the next Pro!