Can you feel the heat? We’ve waited all year for the summer, but it’s not all fun and games once here. With the sun sweltering and sweat dripping, you’re surely in need of a refreshment. Lucky for you, July is National Ice Cream Month, because nothing screams ‘summer’ like ice cream! We’re celebrating this month the only way we know how to...with bonus offers! Truly worth celebrating, ice cream is one of the universal food staples of the world, shared and loved by all cultures for its delicious taste, smooth texture, and refreshing nature. Now that we’ve got you all worked up, go ahead and grab some ice cream from the freezer, before reading on to learn more about this month’s ice cream inspired promotions!

Are You Ready for National Ice Cream Month?!

Designated as National Ice Cream Month in 1984 by the President of the United States, July has been set aside to celebrate this glorious treat in America, ever since. Though it took this long for it to be acknowledged, ice cream has a rich, long history, dating as far back as 200 B.C. in Ancient China! They’re known to have served a dish of rice mixed with milk, that was frozen by being packed into snow. The King Tang of Shang loved this dish so much, that he’s said to have had over 90 “ice men” to mix the concoction. Eventually, they even created what is credited as the first “ice cream machine,” which were pots filled with a syrup mixture and used to pack into a blend of snow and salt. Ice cream follows this line of being enjoyed by the wealthy for much of history, as leaders such as Alexander the Great and Nero Claudius Caesar had their servants create similar snow mixtures for them to enjoy.

A chilled icy refreshment developed all around the world in the centuries leading up to the Medieval times, the Arabs created a form of sherbet, to drink. This drink, flavored with fruit, traveled to Europe, where it became popular with the Aristocrats. As with many things throughout history, the Italians mastered the craft of making this drink, and in the 17th century these drinks transformed into frozen desserts with the addition of sugar, thus taking on the name of ‘sorbetto’. Antonio Latini became the first person to write a recipe for the dessert, and is considered responsible for creating the milked based sorbetto, which is credited as the first “official” modern ice cream.

Late in the 17th century, the Sicilian Francesco Procopio dei Coltelli (“The Father of Gelato”) opened up the first cafe in Paris, introducing a version of ice cream known as Gelato, which was blended with milk, cream, butter and eggs, to the (elite) public. This dessert was served to some of the most famous intellectuals of the time, from Benjamin Franklin to Victor Hugo, and began rising in popularity before making its way over to the America’s in the 1700’s. Made by housewives for much of the century, the term ‘ice cream’ was coined by Americans, and the first ice cream parlor opened in New York in 1776.

Ice cream immediately took off as a desirable treat, and the early American Presidents served it to their guests, while making sure they had enough in stock. Not only did George Washington own pewter ice cream pots, but in 1790 he purchased about $200 worth of ice cream ($3,000 adjusted to modern prices) to have at his home. Thomas Jefferson is known to have created his own recipe of vanilla ice cream, and President Madison’s wife served what is known as the first strawberry ice cream, at her husband’s second inaugural banquet.

This type of luxury isn’t stumbled upon, however, so why don’t you start earning your way to the life you dream of by making a win with us?! Make your way there by grabbing a bonus on us! 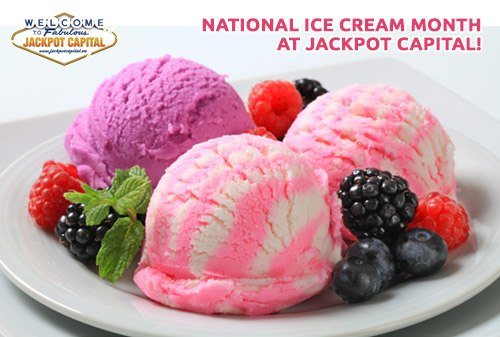 Reserved as a treat for elites, still, into the early 19th century, it wasn’t until insulated ice houses were invented for the manufacturing of ice cream to spread. Then, with the invention of industrial refrigeration in 1870, by the German Carl von Linde, ice cream became more readily available through the world and more recipes developed as a result, including ice cream sodas, floats and the Sundae. By the 1930s, grocery stores began carrying it, making it accessible to people everywhere. Though it was increasing even more so in popularity during this time, it wasn’t until World War II that the dessert became solidified as an American classic. During the war, ice cream was served to soldiers to improve their morale, and took on a symbolic stature. So much so, that Mussolini even banned ice cream in Italy to avoid any association with America! After the war, the soldiers brought their love for the treat back home, and with advances in technology and mass production, the rest is history!

One of the incredible, overlooked benefits of ice cream is its economic impact. Each year, the ice cream industry contributes more than $39 billion to the national economy, and over 188,000 jobs across the country! With ice cream, comes happiness! Make yourself even happier this July by getting in on our promotions! This month we have 4x Hump Day bonuses, representing each week, with some special touches to represent this chilled out theme. We also have a Game of the Month promotion coming up with our fan favorite Snowmania! You’ll be able to chill out all month long with double CompPoints when you play, and a 1x daily redeemable bonus! If you couldn’t tell, we really love ice cream at Jackpot Capital and we think it deserves a celebration for the ages! You don’t want to miss this party, so be sure to get here early! 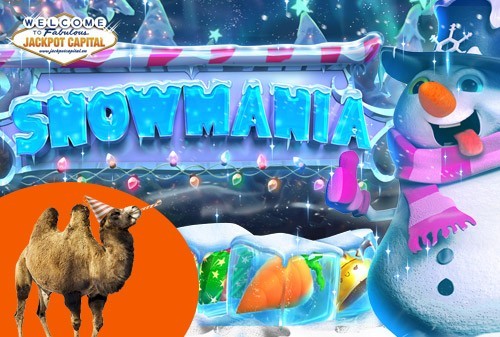 This July, whether you’re eating gelato, mochi, kufi, or a slice of apple pie with its sidekick, vanilla ice cream, make sure to make your deposit and reap the bonus rewards of our National Ice Cream Month celebration!

Chill with a Bonus!